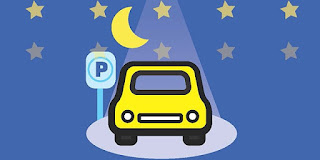 20.95 RCC was amended to eliminate the requirement that a vehicle be moved 2/10 of a mile to be in compliance with the ordinance.  When this section was originally enacted most vehicles had analog odometers which an officer could usually read through the widows and determine if a vehicle had been moved the required distance to be in compliance.  With the advent of digital odometers that are only visible when the car is turned on it has become largely impossible for an officer to determine exactly how far a vehicle may have been driven after first being checked.  Officers are presently able to mark cars and determine if they have moved but not how far.

Accordingly, the section was modified to require a vehicle only be moved one car length in a 72-hour period, as measured by the length of the car in question.  Essentially, the only thing an officer now tries to determine is if the car has been moved at all and is less concerned about how far.  Vehicles that do not move any distance in a 72-hour period would be in violation of the ordinance.  Essentially the law had to be revised to reflect the realities of technological changes, something that is happening more and more in all areas of enforcement.

20.101 RCC was modified to make it easier for an officer to enforce and to better reflect the spirit of the original ordinance.  The previous ordinance prohibited overnight parking of any commercial vehicles and also listed a series of other prohibited non-commercial vehicles (RVs, trailers, etc.)  The broad prohibition on all commercial vehicles, no matter the size, had the unintended consequence of prohibiting the parking of dual use vehicles such a pickup trucks that many residents use for commercial purposes during the week and personal use on the weekend. 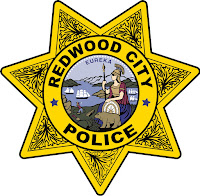 The new ordinance restricts overnight parking on the basis of size or weight rather than of a particular type or class.  Vehicles longer than 24.5 feet or that have a manufacturer’s gross vehicle weight rating of 8,000 pounds or more cannot be parked on the street for more than one hour between hours of 8 P.M. and 5 A.M. in commercial districts and anytime in residential districts.  There are some exceptions to this that are more fully described in the ordinance.   This change lets an officer easily determine violations as they can measure a vehicle if needed and the weight is available in the vehicle’s registration, making it a simple process to determine if there is a violation.

None of these changes are perfect solutions to the variety of parking issues and challenges facing Redwood City residents but we do believe the represent balanced compromises between competing community interests and can be fairly enforced by officers.
Posted by RedwoodCityPD at 11:12 AM 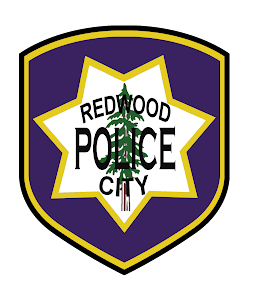